Yesterday I watched three movies–all pretty different, all wonderful in their own right. And so now, I feel the need to share them with you all. 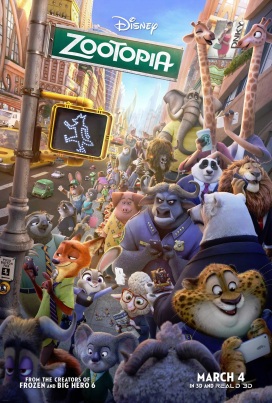 Have you guys heard the hype about Zootopia? Because oh my god this is not just a movie for kids. It is filled with social commentary regarding gender and racial discrimination and the dangers we will face if we let our ignorance and preconceived notions dictate our perception of the world, and our fellow humans who inhibit it.

It’s also a great story that’s really funny, too. Kids are going to love it, but I love it because it’s helping educate our younger generation by inserting these important life lessons in a feel-good kid’s story.

I have been waiting a year to see this movie but it’s finally on Netflix!!! The Hunting Ground is a documentary about sexual assault on campus and all I can say is thank goodness I watched it when I was home alone because I was gasping, sighing, crying, and shout-whispering “what??” SO many times throughout the film.

Some notable parts: when the statistics come up on screen, one by one, showing the difference between the numbers of reported sexual assaults and expulsions on campuses like Harvard, Dartmouth, Stanford, etc.

For example, at the University of Virginia, between 1998 and 2013, there had been 205 reported sexual assaults and zero expulsions… for sexual assaults, that is. There were 183 expulsions for cheating and other honor board violations. 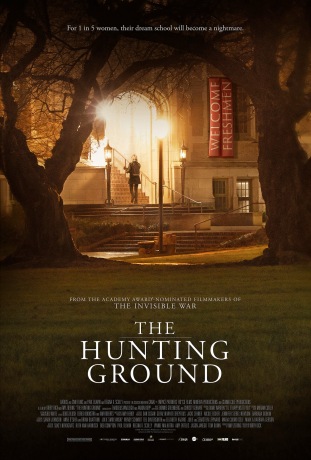 There was another part where a voiceover came on and said, “What to expect if you are accused of a sexual assault.” It then lists different punishments that actually happened at schools around the nation to people who were found guilty.

Oh, and there’s a brilliant quote from a young man that says, “those are the two facts: the woman said no, and you had sex. Then are you a rapist automatically because of that?”

Anyway, the whole documentary is beautifully done and horrifying to watch. Because this is our reality. And as someone who is very aware of the amount of sexual assault that happens on our campus, it disgusts me to think how many victims are being shamed and silenced and how some of my classmates might be rapists that are repeatedly getting away with this crime.

After a long day consisting of startling realizations to the terribleness of the reality of our society, I needed a break. So my mom, sister, and I decided to watch The Incredibles and eat our weight in hershey kisses.

I’m sure you’ve all seen this movie, so I won’t review it or anything for you guys, but man this has got to be one of the most under appreciated Pixar films. (Actually I feel like most Pixar films are under appreciated, but anyway.) I mean, the scene with Frozone looking for his supersuit is cinematic gold that will probably never be topped. It’s iconic. And when Edna is talking to Helen about pulling herself together–I mean, that is the kind of best friend we all need/need to be.

But then there’s so much, too, that I don’t think I fully appreciated when I was little! Like when Bob thinks he lost his entire family, and then he doesn’t, and he’s just so happy that literally nothing else matters! And that whole scene where he talks about not being strong enough to lose them again. UGH, TEARS.

I just love the way that Pixar represented the love in this family. Also, seriously, I don’t think there’s another couple that shows their love as publicly–and as often–as the Incredibles do.

Anyway, loved it. So much. Can’t wait for the sequel. I wish 2019 were here already.

(But not really because the future is terrifying)