Two updates in two days? Pretty odd. And I’m not even writing right now just because my meds are kicking in and I need to word vomit onto a page.

In fact, I haven’t even taken the meds yet today and I kind of feel like a walking zombie because of it. Dead girl walking–out of adderall.

Not really. I have enough to last me the rest of the semester. More than enough. But every once in a while something about it freaks me out and I stop taking it for a bit.

I’ll take it later and I’m sure everything will be fine, I just need a breather.

Well, I kind of need more than that.

All I’ve wanted to do lately is listen to music. Maybe drink a little or get a little high and waste a day away. Maybe get some friends together and all share some good music and just sit in a circle, nodding our heads along to that good shit.

Or maybe do none of that. 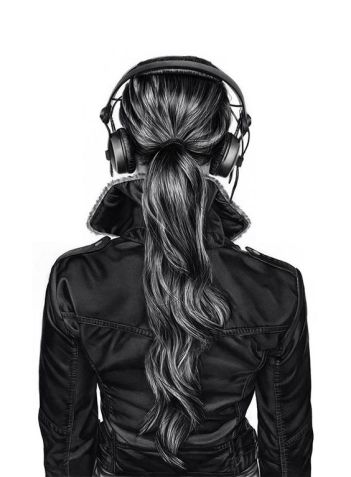 Sometimes I kind of just want to go home and lay in bed with my headphones and listen to all the albums I’ve been playing sporadically in the way they were intended.

I’ve been listening to a lot of rap and hip hop lately.

I mean, how can you let a year like this one go by without at least gaining a tiny appreciation for all the amazing artists in hip hop right now.

2016 has been shitty for a mile-long list of reasons, but it really has been the year of music.

It used to always just be Kanye that I would listen to because I would use hip hop to get hype. I’d find myself laughing at the lyrics as I actually listened to them, then I’d start to sing along. It’s amazing what acting like Kanye, if just for a song, can do to your self esteem.

And even though my “lets get it goin” playlist on Spotify is still one of my most played ones, I’ve started to use music to just chill.

Thus the creation of my playlist “chiller.”

Chance is classic, but Logic is new to me. Then there’s the old school Drake–you know, the Drake that’s got you remembering people you never had in the first place. There’s Kid Cudi when I want to sing and Wiz when I want to chuckle to myself. (You can’t have a “chill” playlist without the song “medicated”)

There’s a billion artists I didn’t even recognize before but now I put my headphones in and turn all the way up, pretending like they’re here next to me, performing to this audience of one.

I used to do this shit with Ed Sheeran and now it’s A$AP Rocky.

(I mean I still love Ed Sheeran though, let’s clear that up.)

Every once in a while I fall into a rut where I just need some new songs to listen to or I think I’m gonna go insane. But then I fall out of it and feel renewed when I discover new artists and albums I’ve never noticed before.

Okay, yeah, so the point? Not sure. But music is damn amazing.