It’s easy when you fall for a stranger. A cute guy in your Monday/Friday class. The barista at your local coffee shop. Even a guy online.

Because you can perceive them however you want, and you can romanticize a relationship out of thin air.

You know it’s ridiculous. You know you don’t actually like this person. You just like how he looks. You like something he said one time. You like the way he chooses to present himself, in those fleeting moments.

And maybe you pick up pieces here and there, clues to who he might be at his core, but this person is still not a real guy to you. Not one with potential for anything. Just one you think about when you’re bored and heading to the only setting you’ve ever seen him in.

Someone you can harmlessly enter into a daydream, because you don’t even recognize his facial features well enough to picture him vividly. You don’t know him well enough to presume how he would act, so you can make it up for him.

He’s just a model–a starter character that you can take any way you want.

Don’t ever get to know this guy.

Don’t talk to him in line or ask him questions about his day or who he is. Don’t engage at all, because there are only two things that can come from it.

First, he can burst your bubble. And if you let your mind run wild (which is always a dangerous thing to do), this will almost always be inevitable. Because no one can compare to the man you’ve come up with who is the perfect combination of Jim Halpert, Jonathan Groff, and Chris Pratt.

Or, he can prove to you that he’s real.

and then you’ll realize that none of this–of what you’ve been doing–is real.

Because a baby crush is one thing. A faceless body in a daydream is one thing, but an accepted Facebook request is another.

It’s fun to be the dreamer until you run into the reality of the one-sided relationship you’ve accidentally gotten yourself into.

So keep this man a stranger.

But if he somehow manages to turn himself into something more, just imagine him in a voting booth, checking the box for Donald Trump.

Turn him into a deal-breaker before your imagination refuses to let him go. 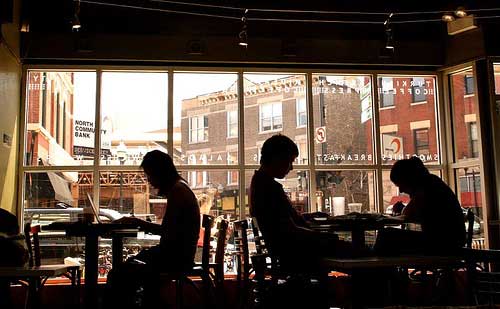