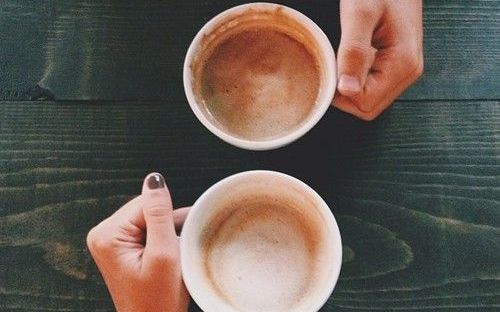 If we were having coffee, we’d probably be in King Cafe, because that’s where I always seem to be these days. Also, I’m a broke college student again, so I wouldn’t want to go Uptown to a real coffee shop and spend “real people money.”

So we’d sit down at a table in the back of the cafe and we might start by asking the obligatory questions. “How was your summer? Did you do anything fun? How much do you love being back in Oxford?” And I’d probably give you the same answers I’ve been giving everyone else. Summer was alright. I went to Hilton Head, which was kind of cool. And then I just nannied for the last little bit, which was nice because the boys were great and the money was prime. But yeah, I really missed being in Oxford. I’m glad I’m back.

And of course I would ask you about your summer as well, which was probably a lot better than mine.

Once we got past the small talk, we’d probably seamlessly transition into talking about school, but I wouldn’t mind that at all. I’d tell you, with probably too much enthusiasm, how excited I am for my classes this year. How I’m reading Shakespeare and studying rhetoric and learning about ways to promote literacy in my future classroom. And my teachers are awesome–the kind that I can learn not only material from, but actual teaching methods as well.

At this point, I’d ask you about your classes, and I promise that the enthusiasm I’d have for this conversation is genuine. Because every year at the same time I get really excited about learning. Really passionate. To the point where I’ll re-memorize the state capitals and try to teach myself Spanish. It’s why September is my favorite month of the year. It’s why every year seems to start so strong, and why every year I have a renewed sense of hope. I probably wouldn’t admit this to you, but I’d be thinking in the back of my mind how badly I hope that this year, the passion doesn’t fade. That this year will be different.

If we were having coffee, I’d have to tell you about my recent obsessions. Like my “Spotify & Chill” playlist, which is basically just a ton of songs that remind me of being in a coffee shop. And I’d obviously have to bring up Avatar: The Last Airbender, because I just finished the series yesterday. I wouldn’t mention my obsession for this show with just everyone, but you wouldn’t think that it’s weird. Or maybe you would, but you would at least tolerate me as I chatter on about how this show can make me laugh out loud, but also break my heart–and then repair it again. And then I’d probably have to tell you that I’m pretty sure I’ve decided I would want to be a waterbender, but airbending is still very much in the running. And you might be a bit concerned at how often I think about what I would do with certain airbending skills, but you would sit there and entertain the idea with me.

It’s at this point in the conversation that I realize how much more I have to tell you, but I’m going to hold onto it for another day. There are some things that I want to tell you–that I want to tell the world–but I’m going to wait. Maybe because I’m “not ready,” but I don’t think it’s that dramatic. I think that sometimes it’s just good to wait.

Still, I’ll have finished my iced caramel latte, and my mind will revert back from thinking about Avatar to thinking about the mile-long “to do” list waiting for me in my dorm–and I’m sure you’re incredible busy, too. So we’d say our goodbyes and recycle our cups, because good company and planet Earth are equally great. 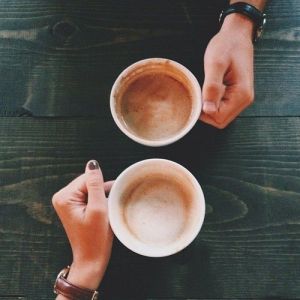